Will sovereignty break up Britain? 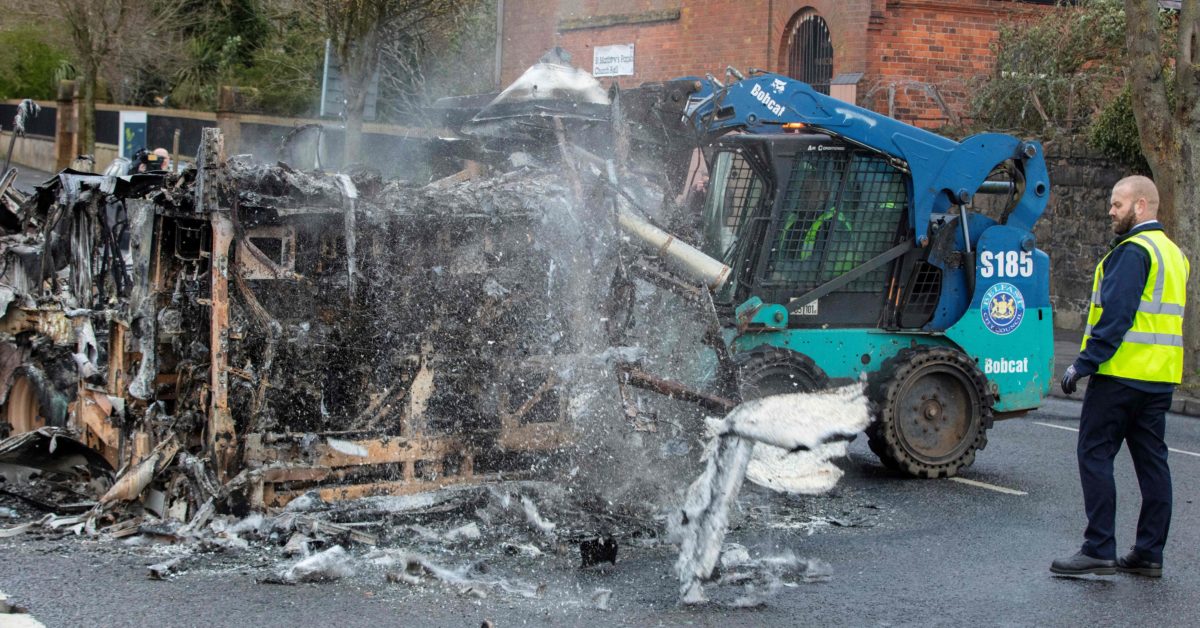 Peter Geoghegan the author of â€œDemocracy for Sale: Dark Money and Dirty Politicsâ€

GLASGOW â€” The violence that swept across Northern Ireland has abated following the death of Prince Philip. The unrest might return, but in the meantime it has prompted another round of the most popular pastime in British politics: arguing over whether or not Brexit is to blame.

Remainers adduce images of burning buses along Northern Irelandâ€™s euphemistically named â€œpeace linesâ€ as evidence that Brexit will restart the Troubles. Euroskeptics â€” including many in the ruling Conservative Party â€” argue that the unrest is a product of the nefarious Northern Ireland protocol, a part of the United Kingdomâ€™s Brexit deal with European Union that has effectively erected a sea border with what many unionists refer to as â€œthe mainland.â€

Both sides are half-right and half-wrong. Brexit and the protocol are two sides of the same coin: the British governmentâ€™s obsession with restoring a sovereignty it had supposedly ceded to Brussels.

The Brexiteerâ€™s slogan â€œtake back controlâ€ might have a facile logic to it, but it risks fundamentally destabilizing an already disunited kingdom. Nowhere is this more apparent than in Northern Ireland.

The Troubles was in essence a battle between competing visions of sovereignty. The Irish Republican Army wanted to forge a united Ireland by force. Loyalist paramilitaries â€” often with help from British security forces â€” took up arms to keep Northern Ireland in the union.

The result â€” some 30 years and 3,500 deaths later â€” was a military stalemate. Its resolution, the Good Friday Agreement, made sovereignty conditional. Northern Ireland remains part of the U.K., but its place is dependent on the wishes of a simple majority of its citizens. Political institutions connect Dublin, Belfast and London.

But old sovereignty dreams die hard. While Irish nationalists overwhelmingly backed staying in the EU, most unionists voted to Leave, in part based on the misplaced belief that Brexit would curb Dublinâ€™s involvement in Northern Irish affairs.

That hope was always a chimera. Far from copper-fastening Northern Irelandâ€™s place in the union, Brexit was always going to end up unsettling the regionâ€™s delicate constitutional balancing act.

The more British ministers fetishize Britainâ€™s newfound sovereignty â€” think Jacob Rees Mogg, the leader of the House of Commons, declaring that fish are â€œbetter and happierâ€ for being British â€” the more Northern Irelandâ€™s anomalous protocol has discomforted unionists. In contrast, Brexit has emboldened Irish nationalists to believe that a united Ireland might be a matter of when, not if.

Prime Minister Boris Johnsonâ€™s â€œsovereignty-firstâ€ Brexit has decentered other parts of the U.K., too. The British government has taken pains to stress that it administers a unitary state in which power resides in Westminster, but the devolution settlement that saw the establishment of Scottish and Welsh parliaments at the end of the century tells a different story.

For many voters in Scotland and, increasingly, in Wales, their national parliaments are the primary source of sovereignty â€” even if legislative power still resides in London. Britainâ€™s place in the EU papered over many of these cracks. Competences that might otherwise have been contested between different layers of government were often devolved to Brussels.Â Â

While the threat by some British ministers to centralize powers repatriated from Brussels has largely faded, the stage is set for future battles between Westminster and the devolved parliaments. The U.K.â€™s internal market is determined unilaterally from London.

British unionism has mirrored this muscular, Westminster-centric pose. Where once unionism was heterogenous â€” taking very different expressions in different parts of the union â€” it increasingly comes in a single shade of red, white and blue. This week, the British government let it be known that it intends to launch a legal challenge against legislation passed by the Scottish parliament to incorporate the United Nations Convention on the Rights of the Child into local law.

The great irony of Johnsonâ€™s rigid adherence to the cult of parliamentary sovereignty is that it will likely close off the very compromises needed if Britainâ€™s fraying bonds are to be mended.

A â€œunion unitâ€ set up inside the British government has been beset by in-fighting. Its most eye-catching proposals have involved more union flags, on everything from government buildings to coronavirus vaccines.

The pandemic has further acerbated tensions within Britainâ€™s lop-sided constitutional architecture, with each of the mistitled â€œfour nationsâ€ pursuing their own public health policies for the last year. As a onetime senior British civil servant warned this week, the pandemic has seeded the idea that the prime minister â€œspeaks for England aloneâ€.

Federalism is an idea whose time will almost certainly never come Â â€” what to do about England, which represents 85 percent of U.K. population? But a federalizing interpretation of the constitution could allow for divergence while retaining the unionâ€™s integrity.

With British politics still dominated by the promise of unbridled sovereignty, however, such flexibility is highly unlikely. For that, and for this weekâ€™s violence, Brexit is most certainly to blame.