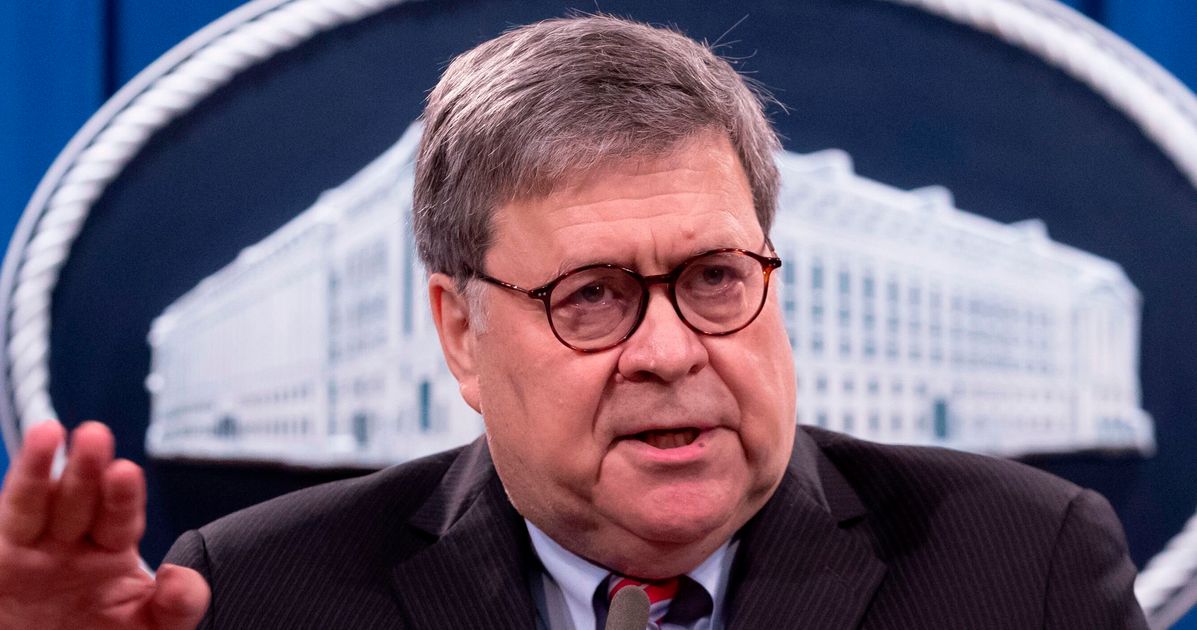 Former U.S. Attorney General William Barr said Tuesday that he doesn’t care that Donald Trump recently called him a “RINO” because the former president uses the “Republican in name only” insult on anyone who doesn’t support his baseless claims about a stolen 2020 presidential election.

Trump lashed out at Barr on Friday after Barr told Fox News that the Justice Department had every right to search Trump’s Mar-a-Lago estate because there was “no legitimate reason” for classified government documents to be stored there.

“I, frankly, am skeptical of the claim that [Trump] declassified everything,” Barr said Friday.

Trump was ostensibly miffed about the remarks.

“Bill Barr had ‘no guts,’ and got ‘no glory.’ He was a weak and pathetic RINO, who was so afraid of being Impeached that he became a captive to the Radical Left Democrats,” the former president wrote on his Truth Social platform afterward.

Trump frequently tosses out the term “RINO” to attack his detractors in the Republican Party.

Asked Tuesday on Fox News if he cared about the tirade, Barr said: “No, I’ve heard that a lot. A RINO for him is anyone who disagrees with him that the election was stolen, right? That’s a RINO.”

“As someone who handed out Barry Goldwater literature when I was 14 years old on the Upper West Side, it’s a little silly,” he added, referring to the former senator and 1964 Republican Party nominee for president.

Once allies, Barr and Trump have fallen out since Barr declined to support Trump’s claims that the 2020 election had been rigged in Joe Biden’s favor.