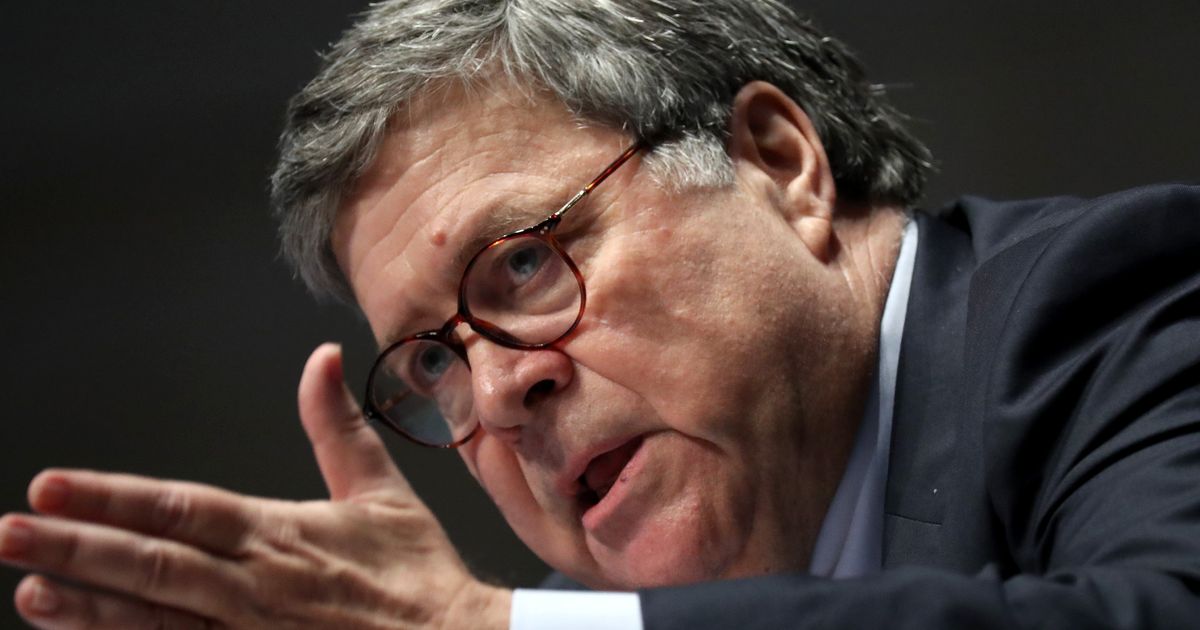 Former Attorney General William Barr attacked Donald Trump and his Republican supporters for again “pandering to outrage,” this time over the FBI search of Mar-a-Lago.

Barr was pressed Thursday by journalist Bari Weiss on her podcast “Honestly” on why Republicans should trust the legitimacy of the FBI search in the wake of Trump’s attacks on the operation to retrieve government documents.

Barr said it’s “premature” to reach a conclusion about the Aug. 8 FBI search of Trump’s resort and residence. Agents turned up 27 boxes of material, including 11 packets of classified material, including some top secret information. Under the Presidential Records Act, all of the documents should have been turned over to the National Archives at the end of Trump’s term.

Barr conceded it’s “hard to explain” why Trump would have held on to the official documents.

He characterized vicious attacks on the FBI by Trump and his supporters as “over the top.”

FBI Director Christopher Wray, who was appointed by the former president, is not going to “wake up and say, you know, ’How do I throw the FBI’s weight around to interfere in the political process? Just the opposite. I think he’s very cautious about that,” Barr told Weiss.

Barr said he’s particularly “irritated” at the “whole episode” because it “strengthens [President Joe] Biden and hurts the Republican Party going into the midterms because the focus once again returns to President Trump and his persona and his modus operandi rather than the pocketbook issues” of the campaigns.

“The problem with Trump is that it’s all about running just the base election, whip up your base, get your base all upset, get them outraged and turn them out at the polls,” Barr said.

“That’s a prescription for continued hostility within the country, and demoralization of the country and an impasse in the country,” he added, which Barr also accused “both sides” of creating.

Barr called Trump his “own worst enemy,” who’s responsible for provoking much of “venom” directed at him.

Barr said when he joined the administration, he hoped Trump would rise to the office of the presidency. “He didn’t,” he added.

But Trump has managed to turn much of the party into a personality cult, Barr indicated.

Check out the full interview on the Bari Weiss podcast here.