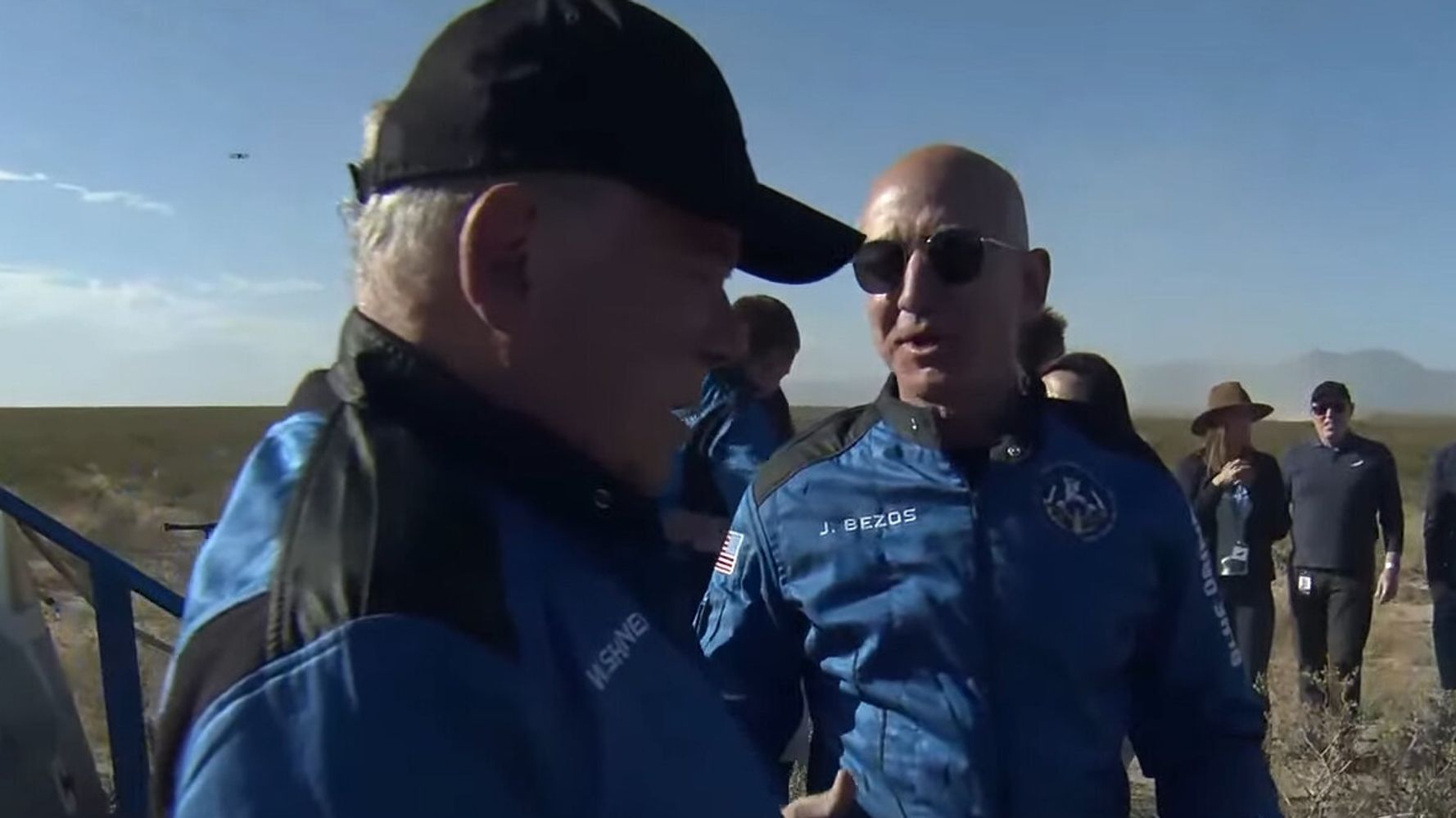 Come for the weightlessness. Stay for the profound and life-altering realization of the fragility of life on our planet.

After a brief trip to space Wednesday morning aboard the latest Blue Origin launch, a deeply emotional William Shatner struggled to put into words the significance of his journey. At 90 years old, Shatner became the oldest person in space.

What most stuck with him, he told Blue Origin and Amazon founder Jeff Bezos, wasnâ€™t the weightlessness, or even seeing Earth itself as a blue orb â€• it was the sharp contrast between life and death, demarcated by an impossibly thin strip of atmosphere.

â€˜What you have given me is the most profound experienceâ€™ â€” â€˜Star Trekâ€™ actor William Shatner gets emotional while struggling to describe his experience of flying into space. Shatner, 90, has become the oldest person to fly to space. pic.twitter.com/6xHZERlARE

Shatner likened the atmosphere to a â€œcomforter of blueâ€ wrapped around the planet. Launching through it, itâ€™s suddenly ripped off, â€œand youâ€™re looking into blackness,â€ he recalled, â€œand you look down â€• and thereâ€™s blue down there, and the black up there, and itâ€™s just … itâ€™s just … there is mother and Earth and comfort, and there … is there death?â€

â€œIs that death? Is that the way death is?â€ he pondered. â€œWHAP and itâ€™s gone. Jesus.â€

The actor who famously explored the final frontier as Captain Kirk on â€œStar Trekâ€ was repeatedly overcome with emotion as he processed the experience aloud. Bezos stood by and offered an occasional hug after initially cutting off Shatner to spray Champagne everywhere.

â€œIâ€™m so filled with emotion about what just happened. Itâ€™s extraordinary,â€ Shatner said. â€œI hope I never recover from this. I hope I can maintain what I feel now.â€

â€œIt has to do with the enormity and the quickness and the suddenness of life and death and the â€¦ oh, my God,â€ he continued, burying his face in his hands.

â€œThe moment you see the vulnerability of everything. Itâ€™s so small. This air which is keeping us alive is thinner than your skin. Itâ€™s a sliver, itâ€™s immeasurably small when you think in terms of the universe.â€