With a push from Poland, French politicians line up to bash EU 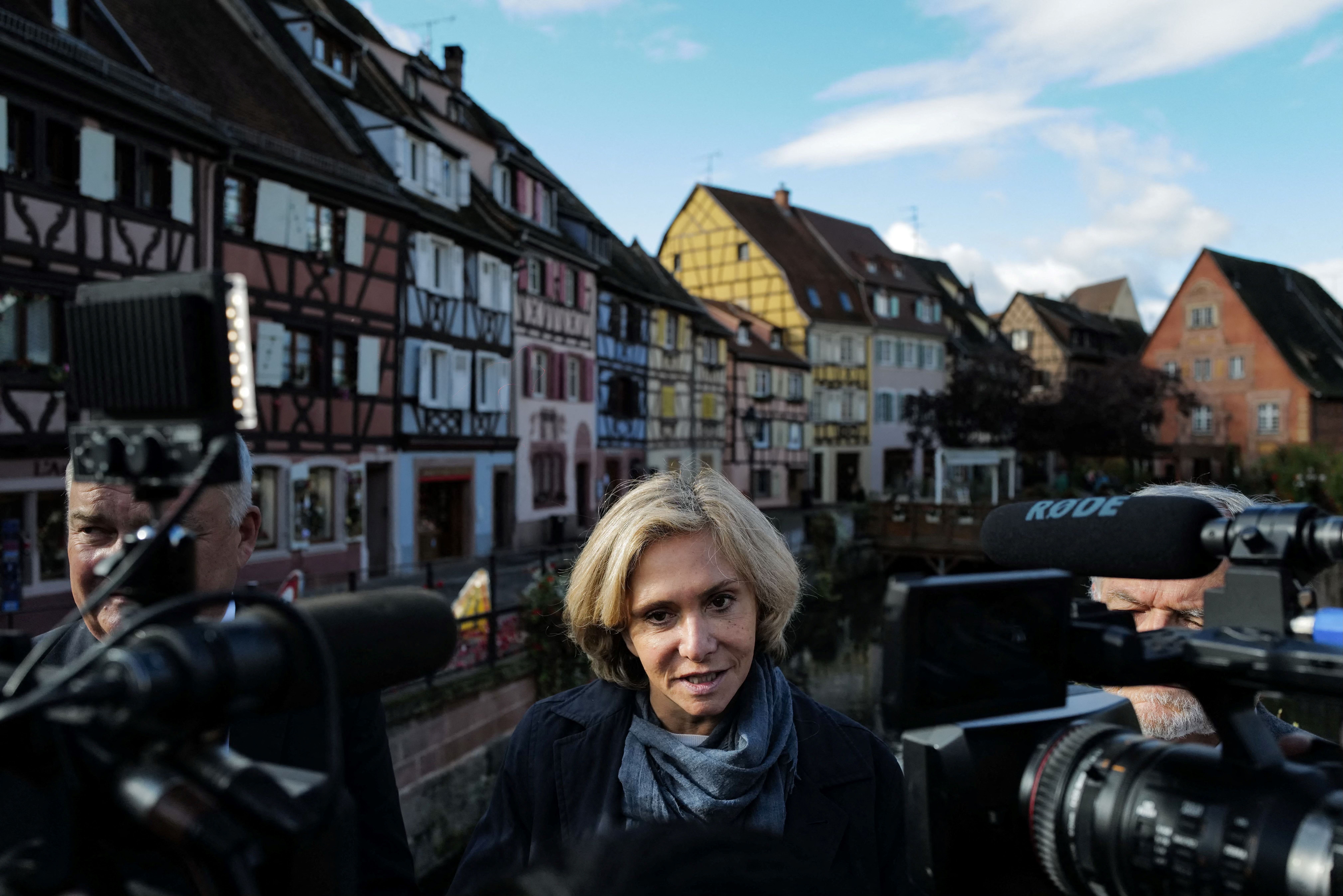 With a presidential election just months away, French politicians have embarked on a spree of EU-bashing â€” boosted by a Polish court ruling that challenged the legal bedrock of the European Union.

The strong criticism of the EU and calls for France to assert its national sovereignty have come not just from the usual suspects on the far right but from presidential hopefuls who are part of the countryâ€™s political mainstream.

The rhetoric adds to the major concerns facing EU leaders over the Polish ruling, which was encouraged and embraced by Polandâ€™s nationalist government.

The European Commission has made clear that EU law has primacy over national law, including national constitutions. If a contrary view were to become political orthodoxy in a country as central to the European project as France, that could raise serious questions about the EUâ€™s future.

ValÃ©rie PÃ©cresse, the leader of the Paris region who is campaigning to be the presidential candidate of the conservative Les RÃ©publicains party in next Aprilâ€™s election, became the latest French politician to join the fray.

â€œEurope is a Europe of nations,â€ PÃ©cresse told CNews TV on Wednesday. â€œThat means that our constitutional laws, our constitutional identity, each one, each sovereign state, must take precedence over European jurisdiction.â€

â€œPolandâ€™s affirmation of its national sovereignty through the law is an important event. France, which doesnâ€™t share Polandâ€™s political leanings, will nevertheless have to carry out the same affirmation of the superiority of its laws over European decisions,â€ Montebourg said in a statement.

Back on the center right, Michel Barnier, the EUâ€™s former Brexit negotiator and an ex-European commissioner, staked out a hardline position well before the Polish court issued its ruling.

In an attempt to burnish his credentials on immigration â€” a central theme of the election campaign â€” with the core conservative voters he needs to win his partyâ€™s nomination, he called last month for a referendum on the issue and said France must regain its â€œlegal sovereigntyâ€ in order to no longer be subject to judgments on immigration by the Court of Justice of the European Union and the European Court of Human Rights (which is not an EU institution).

(Yet after the Polish ruling, Barnier went on CNN to express his concerns about it. The irony was not lost on his opponents.)

Other conservatives have also been pushing for an assertion of French legal superiority even before the Polish judges issued their ruling.

Xavier Bertrand, another presidential hopeful from the ranks of Les RÃ©publicains, has proposed amending the French constitution to introduce â€œa mechanism to safeguard the superior interests of France.â€ And yet another would-be president from the ranks of the same party, Eric Ciotti, has made a similar proposal.

President Emmanuel Macronâ€™s government has taken a very different line, condemning the Polish courtâ€™s decision as an attack on the European Union. But the chorus of calls from other mainstream politicians, along with the likes of far-right leader Marine Le Pen, for France to assert its sovereignty play into popular discontent with the EU.

Just 36 percent of the French say they trust the EU, the lowest figure in the Union and 13 percentage points below the EU average, according to the latest Eurobarometer poll.

Some presidential candidates such as Bertrand and Ciotti have also said France should reassert itself by leaving NATOâ€™s integrated command â€” a proposal with strong echoes of Charles de Gaulle, who took the same step in the 1960s.

Analysts say such rhetoric plays into a growing feeling among a sizeable part of the French population that France has lost its power and glory. For some French people, the way to recover such prestige is to free the country from the constraints of EU law on immigration, in particular, and distance itself from the United States.

â€œThat speaks to a part of the working class but also a more socially disparate electorate that defines itself mainly by a feeling of personal or collective decline,â€ said Emmanuel RiviÃ¨re of polling institute Kantar Public.

â€œAnd in this sense, it corresponds to a Trumpian alliance between a declining middle class and a wealthy conservative and sovereigntist electorate which can amount to around 40 percent of voters.â€

A number of developments in recent years have added to the sense among some voters that France needs to reassert itself. These include Franceâ€™s shortage of protective gear at the start of the coronavirus crisis and its failure to produce a vaccine; the stand-off with the U.K. over fishing rights post-Brexit; and the humiliation it felt over the new security pact between the U.S., Australia and U.K. known as AUKUS, which meant the scrapping of a major French submarine deal.

Blaming the EU and NATO allows presidential candidates â€” many of them with very little foreign policy experience â€” to provide a seemingly simple fix.

â€œWe are in a context that is very marked by a return to sovereigntism,â€ said Thierry Chopin, an expert on France and the EU at the Jacques Delors Institute think tank. â€œAnd not just in France.â€

The cacophony of calls for pushback against the EU means Macron will be under pressure to show what the bloc can do for French citizens as he runs for re-election and Paris takes over the presidency of the Council of the EU on January 1. (Macron has not yet announced he is running for a second term but is widely expected to do so early next year.)

Macron might be tempted to try to push through an EU migration package, for example, although agreement on that issue has eluded the bloc for years.

Although Macron is an ardent supporter of the EU and defends Franceâ€™s role in multilateral institutions, some analysts say he has sometimes also played on yearnings for France to go its own way.

â€œMacron didnâ€™t discourage these tendencies with his statement on NATO [that the alliance was suffering â€˜brain deathâ€™]and his affirmation to [French] ambassadors [in 2019] that â€˜we must take back control,â€™â€ said Bruno Tertrais, deputy director of the French think tank Foundation for Strategic Research. Â Â

â€œHe didnâ€™t succeed in convincing the French that sovereignty should now be European,â€ added Tertrais.

The causes of French skepticism toward the EU are many and complex. And despite them, France has remained a key player in the bloc throughout its history.

But analysts say the way the EU works doesnâ€™t connect with some French voters.

â€œOur political culture is founded on the centrality of a centralized state and is very far away from the culture of compromise at the heart of the EU,â€ according to Chopin.Â

Even though Macron can point to some big French wins in the EU during his first term â€” such as the creation of common European debt to finance a landmark coronavirus recovery fund, a revamp of the rules for EU workers operating outside their home country and a more interventionist approach to industrial policy â€” it cuts little ice with some voters. Nor does the fact that many French officials, such as European Commissioner Thierry Breton, are key players on the Brussels stage.