A woman was left in shock after getting her navel pierced, only to discover the piercer missed her belly button completely.

Tyykidd, from New Jersey, says she headed to the “shore” to get the piercing done, but didn’t quite get what she paid for. The 21-year-old shared a clip to TikTok at the end of last month, where she filmed herself shaking her head.

The on-screen caption said: “Never get your belly button pierced at the shore. Worst mistake ever.” She cut to a photo of herself showing off her new piercing—with the bar through the skin a few inches above her belly button.

“They missed the whole belly button,” Kidd added. The clip, which can be viewed here, has been viewed more than 500,000 times, as she captioned it: “I want a refund for my time, money & FEELINGS.”

Numerous people commented on the clip, claiming she had a tiny belly button, prompting her to upload a follow-up video a few days later. Sharing another angle of the misaligned piercing, she fumed: “I have a belly button the motherf***** just missed.”

“The bottom ball is where the top ball probably should’ve been. Girl sue them,” Miss Paula advised.

Ana asked: “How does this even happen.”

In the comments Tyykidd claimed she did go back to the store, which she didn’t name, as she claimed they “didn’t pierce where the dots were,” referring to the pen mark piercers use as a guide. She later confirmed she “took it out.”

But as shocking as this piercing placement is, it seems it’s not a unique occurrence. Another woman, called Chloe, dueted her clip on the site to share her own body modification fail.

She posted a video on Friday, as she showed off her pierced navel in a grey crop top. Chloe points at the belly bar, which appears normal, before moving her skin—to reveal her piercing is also miles above her actual belly button.

Addressing Tyykidd, she said: “Same gf, it may look like your ordinary belly button piercing but nuh uh.” Chloe’s video has amassed 2 million views, and she debated doing a “story time” after the clip proved popular with followers.

People were equally shocked at Chloe’s piercing, as one person, called Paige, noted: “She honestly did really good making it look like it’ at the right spot.”

Swagney asked: “Literally how does this happen.”

Although McKinley claimed: “They pierce it when your stomach is relaxed and sitting how it normally does so they make sure it looks right. You’re fine mamas.”

Newsweek reached out to Tyykidd and Chloe for comment. 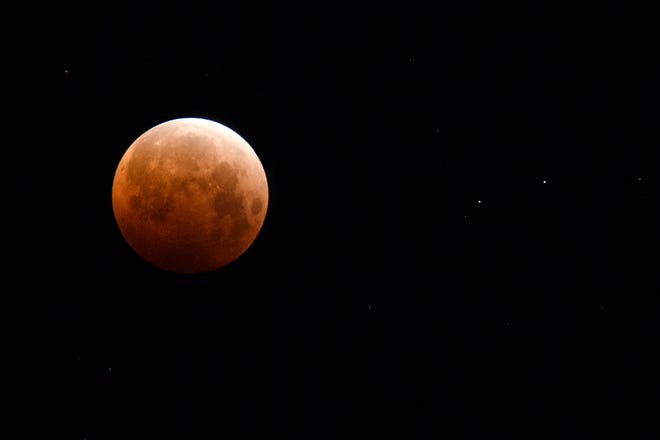 Buck moon to rise Friday, may be red due to smoke

What’s coming up in Olympics opening ceremony like no other