Woman taken hostage in Iran: Revolutionary guard tried to make me his wife 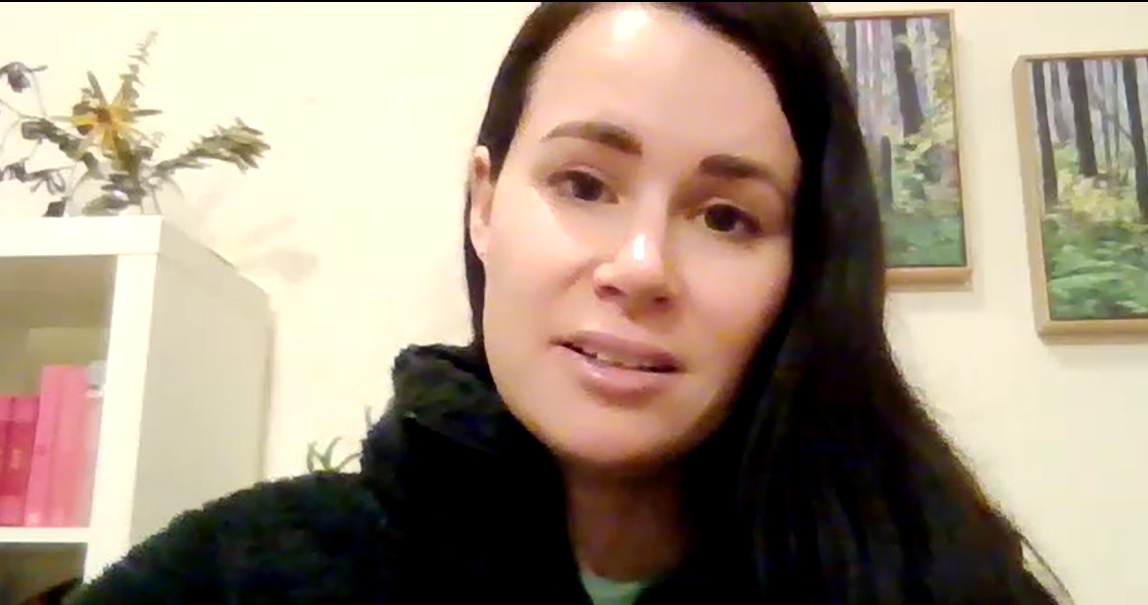 An Australian academic imprisoned for more than two years in Iran after being accused of espionage has revealed she believes an interrogator from the Iranian Revolutionary Guards tried to take her as his second wife.

Dr Kylie Moore-Gilbert, who also holds British citizenship, was arrested in September 2018 in Tehran after visiting the country on a research trip.

She was held in Tehran’s notorious Evin prison, spending months in solidary confinement, along with Qarchak prison where she was later sent as a punishment.

During her time in captivity Moore-Gilbert was accused of spying for Israel, Australia and the U.K., in what Amnesty International and the Australian government described as “politically motivated charges.”

Moore-Gilbert was freed in November 2020 as part of a prisoner swap, which also saw the release of three Iranian citizens arrested in Bangkok, Thailand, in 2012 over an alleged plot to attack Israeli diplomats.

Following her release Moore-Gilbert published ‘The Uncaged Sky: My 804 days in an Iranian prison,’ which recounts her ordeal.

Speaking to Newsweek the academic claimed a senior Revolutionary Guard interrogator, a man using the name Qazi Zadeh, had an inappropriate interest in her, which she believes let him to develop an interest in marriage.

In her book Moore-Gilbert described how at one point she was approached by what she believes was an emissary for Zadeh, who questioned her about becoming his second wife.

Asked by Newsweek whether Zadeh wanted to marry her, Moore-Gilbert replied: “I do think that’s what he was sounding me out on but he never made a formal approach. With him it was always about plausible deniability, and passing of the buck or deflection at all times.

“He was very canny; a smart political operator and he would use his colleagues in the same way. Manipulate his colleagues. He was a masterful manipulator. He was a psychopath, for sure. Very very smart. And would always have all of these proxies, informers and spies feeding back information to him.”

Moore-Gilbert said other Revolutionary Guards were concerned about the inappropriate attention Zadeh was giving her and as a result “they forced him to accept two female minders who would come along to my meetings with him.”

She added: “I could tell he wasn’t happy about that.”

Whilst holding her prisoner Moore-Gilbert claims the Revolutionary Guards, who answer directly to Iran’s supreme leader Ali Khamenei, tried to recruit her as a spy, saying they could threaten her outside of Iran if she then broke the deal.

She said: “I think they think academic is a good cover story. You need a cover story otherwise you seem suspicious.

“I think the fact I’d been to Israel a couple of times, they probably thought they could send me to Israel on some academic reason. I didn’t go far enough down the rabbit hole to get the detail on how it would work.

“I said how are you going to stop me from running away? That’s when I understood they’ve got these networks of people. I personally don’t think they have that many people in Australia who are actually formally working for them, they have informants and people who feed information to them, I don’t feel they could target me here – like threaten my life here but that was their line. That we can threaten you overseas and control you overseas. They certainly have a lot of people in Canada, the U.S. and probably the U.K. as well.”

Iran has been rocked by anti-regime protests for more than two months after 22-year-old Mahsa Amini died in custody after being arrested for by religious police for not wearing her hijab tightly enough. Eyewitnesses claim Amini was beaten and died from her injuries, though Iranian authorities claim she died of natural causes.

At least 416 people, including 51 children, have been killed by the regime crackdown, according to Iran Human Rights, with thousands more arrested.

Detainees have reported widespread abuse from authorities, including torture and sexual violence.

At least 21 prisoners are currently at risk of receiving death penalties, according to Amnesty International.

This week British network Sky News published video it claimed showed the targeted shooting of an Iranian man, in the north-western city of Baneh, by Revolutionary Guards.

On Monday video was published purported to show Revolutionary Guards opening fire on protesters in the Kurdish town of Javanrud, leaving at least five dead.