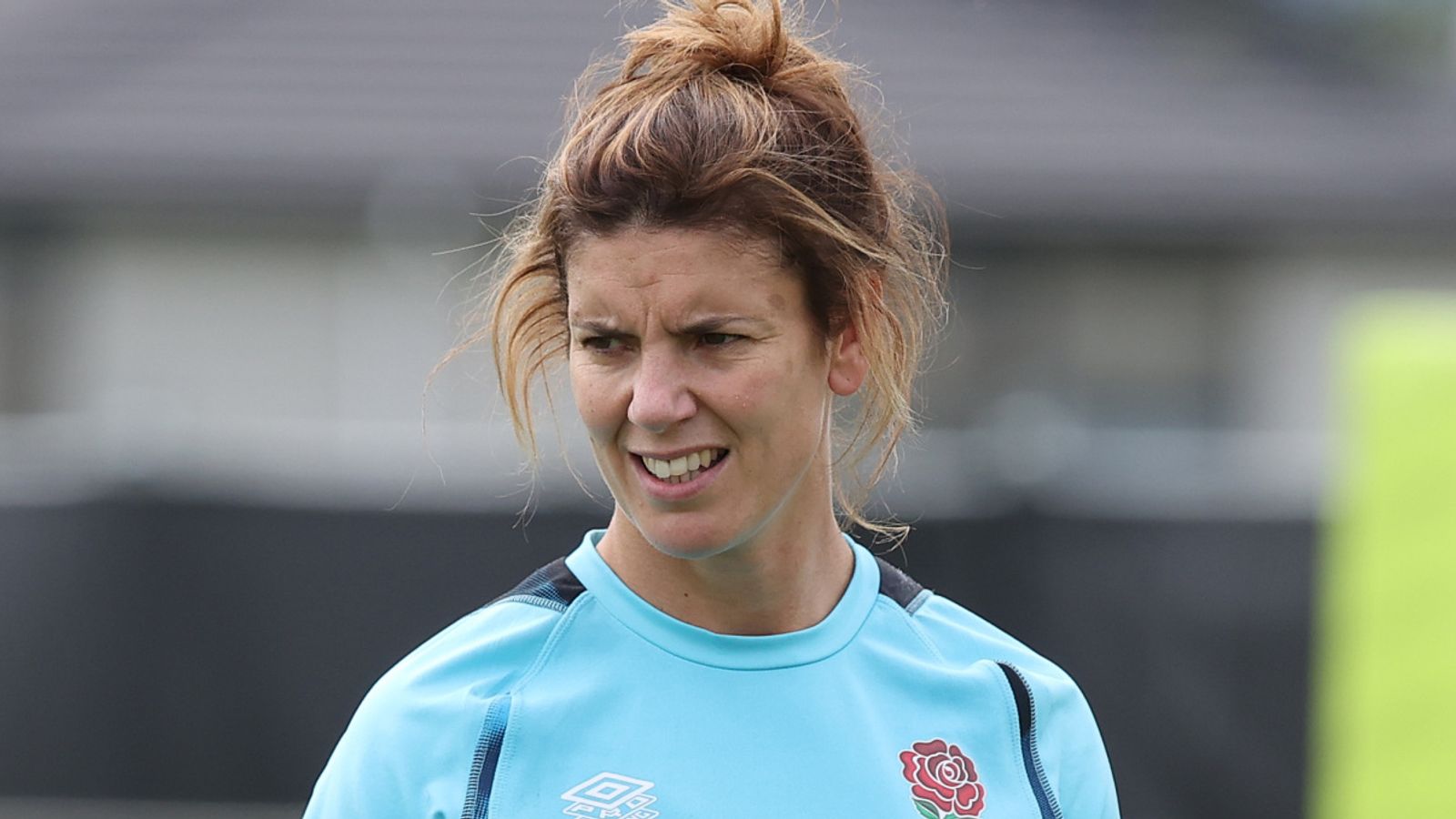 World Cup favourites England begin campaign against Fiji on Saturday (4.45am BST); Sarah Hunter to skipper side while Abby Dow named among the replacements and could make her first appearance since breaking leg in April; England will also face France and South Africa in Pool C

Captain Sarah Hunter will start at No 8 when England open their Women’s World Cup campaign against Fiji in Auckland on Saturday.

The 37-year-old will skipper a Red Roses side currently on a record 25-match winning streak, with her team routing Wales 73-7 in their last fixture in September to remain unbeaten since July 2019.

Hunter has won 135 caps for her country so far and needs two more to move level with England record holder Rochelle Clark.

Vice-captain Emily Scarratt is at outside centre, while winger Abby Dow could make her first England appearance since breaking her leg in April after being named on the bench.

Prop Shaunagh Brown was ruled out earlier this week after testing positive for Covid-19 and is now spending a week in isolation under current guidance in New Zealand.

England will face Fiji at 4.45am UK time on Saturday as they begin their bid for a third World Cup title after previously triumphing in Scotland in 1994 and then in France in 2014.

They have also been runners-up a further five times with the only final they did not make coming in the Netherlands in 1998.

Head coach Simon Middleton said: “We’ve selected an experienced matchday 23 who we feel are in a good position to get our campaign off to a strong start.

“We know we could have selected any of the wider squad and there are nine players this week with a key supporting role.

“It’s a privilege to come up against a team in their first-ever World Cup match. We know they have talented players and we’re looking forward to the challenge. It’s great to hear over 30,000 tickets have been sold for the opening day.

“I’m really pleased with the group effort in training and we can’t wait to get started at an iconic venue in Eden Park on Saturday.”

France and South Africa are England’s other Pool C opponents, with the Red Roses to face France in Whangarei on October 15 and then South Africa in Auckland on October 23.

This year’s final takes place at Eden Park in Auckland on Saturday, November 12.