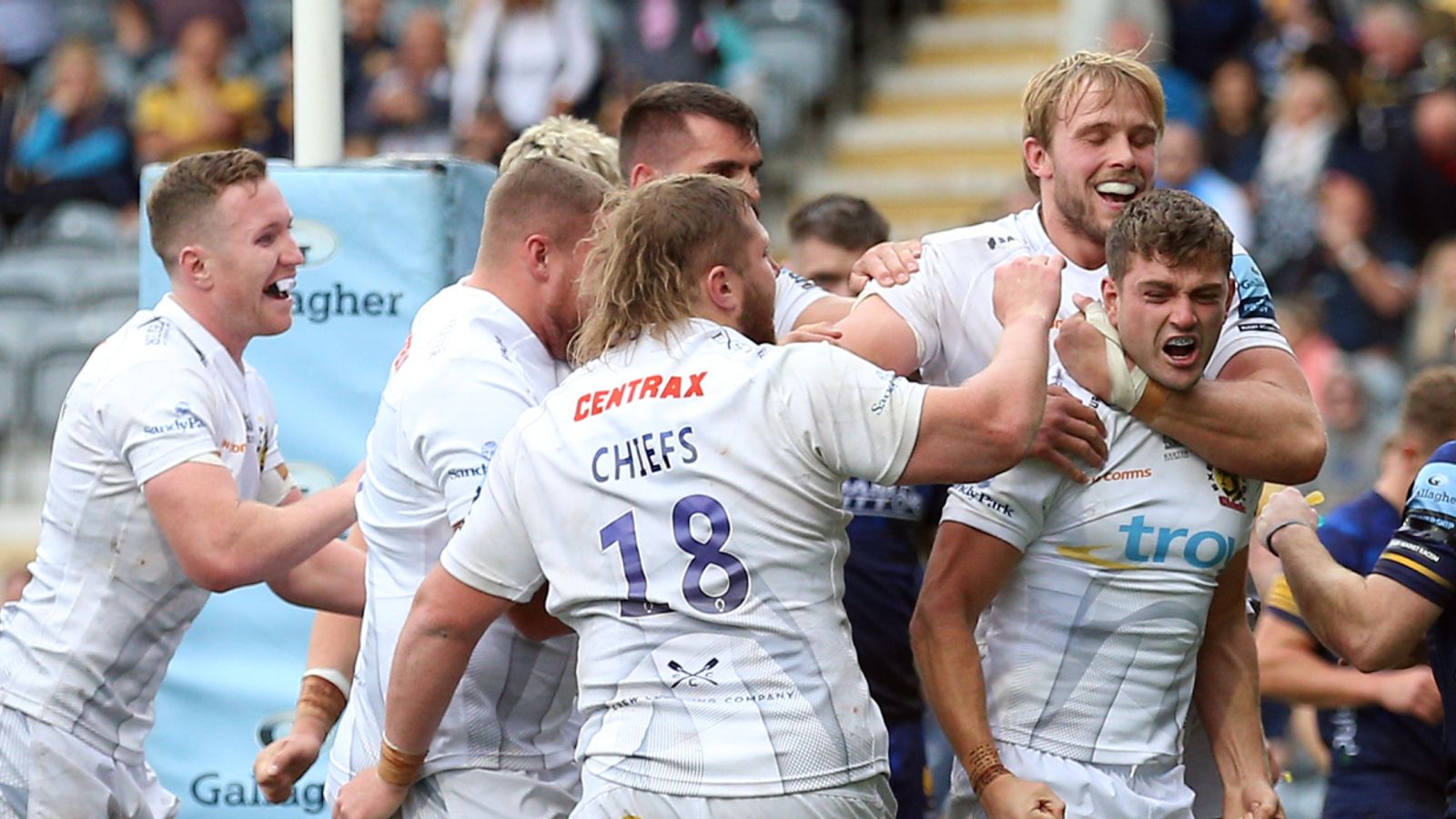 Exeter ensured there was no fairytale ending to a turbulent week for beleaguered Worcester as the Chiefs claimed a 36-21 Premiership victory at Sixways.

The crisis-hit Warriors, with debts spiralling as high as £25m, just met Friday’s deadline to allow the Gallagher Premiership fixture to take place with their support staff having to perform miracles to meet stringent regulations in order to do so.

Many of those people, as well as the players, are yet to receive their full salaries and their efforts were recognised as dozens formed a guard of honour as the team took to the field before a regulated crowd of 5,000.

Worcester played with huge spirit but Exeter always had the edge and ended up outscoring their hosts five tries to three.

Two came from the impressive Exeter No 8 Richard Capstick, with the Chiefs’ other scores coming from Olly Woodburn, Jack Maunder and Joe Simmonds, who added four conversions and a penalty.

Alex Hearle, Gareth Simpson and Ollie Lawrence scored Worcester’s tries, two of which were converted by Owen Williams with Billy Searle adding the extras for the other.

It took less than three minutes for Worcester to fall behind when Exeter’s accurate inter-passing created a huge gap in the hosts’ defence for Simmonds to stroll over.

Worcester’s woes soon worsened when Murray McCallum was sin-binned for a dangerous challenge on Simmonds and, in the prop’s absence, Exeter extended their lead when Capstick collected a long pass from Jack Nowell to score.

Warriors needed a boost and they got one. A strong run from Lawrence put the visitors’ defence on the back foot to create space for Hearle, who squeezed past his opponent before running 25 metres for an excellent try.

It was Exeter’s turn to lose a player to injury when prop Marcus Street limped off but they overcame that setback to create a second try for Capstick.

Rory O’Loughlin began the move by cleverly stepping inside Perry Humphreys to send Woodburn racing away. The wing linked with his support before Capstick was again on hand to charge over.

Simmonds converted before adding a penalty to leave his side with a 22-7 half-time advantage.

Five minutes after the restart, Warriors stunned Chiefs with a superb second try as they got a foothold back into the game. From deep inside his own half, Joe Batley stormed up field on a 40-metre run before providing Simpson with the scoring pass.

Exeter were rattled but they regained their composure when well-timed passing from Harvey Skinner and Simmonds gave Woodburn a walk-in.

Still Warriors would not lie down with Lawrence bumping off a tackle to reward a pre-planned line-out move but Exeter had the final say with their fifth try scored by replacement, Maunder.