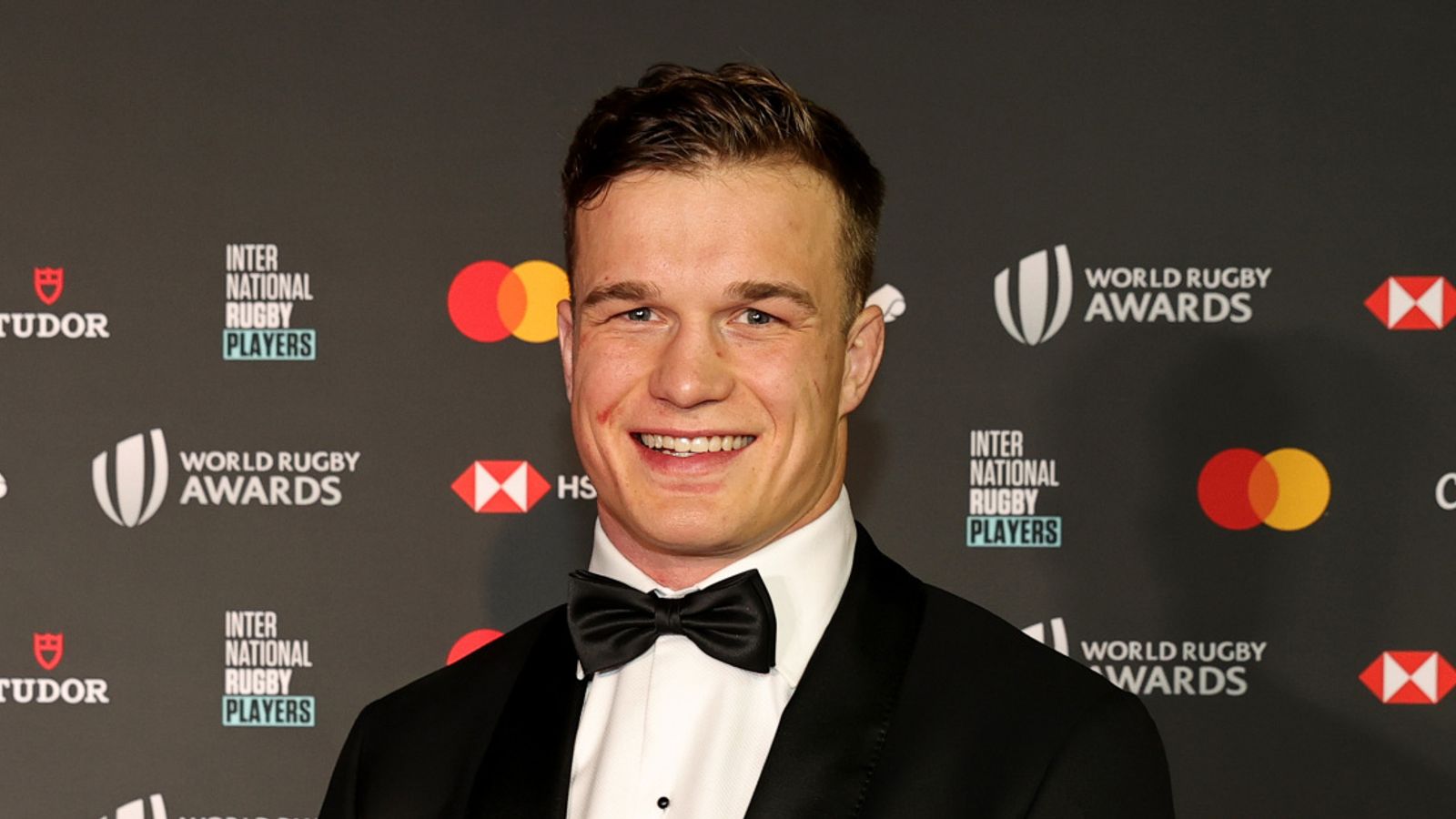 Van der Flier came out on top of a strong list of nominees for the prestigious men’s award, a list that included his team-mate and captain Johnny Sexton.

Van der Flier and Sexton were part of the Irish team that claimed a historic series win against the All Blacks in New Zealand. This autumn, the side has produced a clean sweep of victories over South Africa, Fiji and Australia.

The individual award for Van der Flier adds to the 2022 EPCR European Player of the Year award he won earlier this year.

“I’ve been incredibly fortunate to have great team-mates and coaches that have really pushed me on. As well, my wife and my family have supported me a huge amount, ” Van der Flier said.

“I’m lucky to have some very experienced and top-quality players in our team and in my position as well, both in Ireland and at Leinster.

“I’ve always felt that I’ve needed to have been playing at my best the whole time otherwise I wouldn’t be playing and that’s certainly driven me on.”

Ireland’s head coach Andy Farrell was on the list of nominees for the World Rugby Coach of the year but missed out on the award to Wayne Smith, the Black Ferns’ World Cup-winning head coach.

Smith led the Black Ferns to a sixth Rugby World Cup triumph and first on home soil, beating England in the final. He duly became the first man to win both the male and female World Cup competitions as a coach.

New Zealand co-captain Ruahei Demant was named as the World Rugby Women’s 15s Player of the Year 2022 and Demant is someone Smith called “one of the best leaders I’ve ever had in a team”.

Kennedy scored 50 tries during the 2022 World Rugby Sevens Series and signed off from a remarkable sevens career by helping his Ireland to victory in the Rugby World Cup Sevens 2022 bronze final.

England’s Dow won the World Rugby International Rugby Players Women’s Try of the Year for a stunning English effort that started from behind their own try line against Canada.

“I just want to send out all my thanks to World Rugby and to England for being able to support me and the team so we can put out performances like that,” she said at the awards ceremony.

“It was end-to-end rugby; it came from the forwards to the backs, and everyone just did their jobs to the best of their abilities. It was incredible.

“The whole of England has been behind us, we felt it before we went (to the World Cup) and we felt it since we’ve been back. It’s been incredible to be a part of it.”

Dow was also one of six Red Roses to be included in the World Rugby Women’s 15s Dream Team of the Year.

Tui also received a new Rugby World Cup winners’ medal at the awards ceremony in Monaco, after giving her own away to a young fan who had recovered from Leukemia the day of the World Cup final.

“It’s amazing to be here, it’s a whirlwind,” Tui said at the awards. “I’m so proud of New Zealand. It’s such an honour to win this award, at 27-and-a-half years old, I think I’ve set the record for oldest rookie in 15s, but hey I’ll take it.”

Italy’s Ange Capuozzo, who famously made an end-to-end break to ensure the Azzurri ended their 36-match losing run in the Six Nations and scored twice against Australia this autumn was named as the men’s 15s breakthrough player.