‘Wound That Will Never Heal’: Mumbai’s 4 Days of Terror, How 26/11 Attacks Happened & What Transpired Later 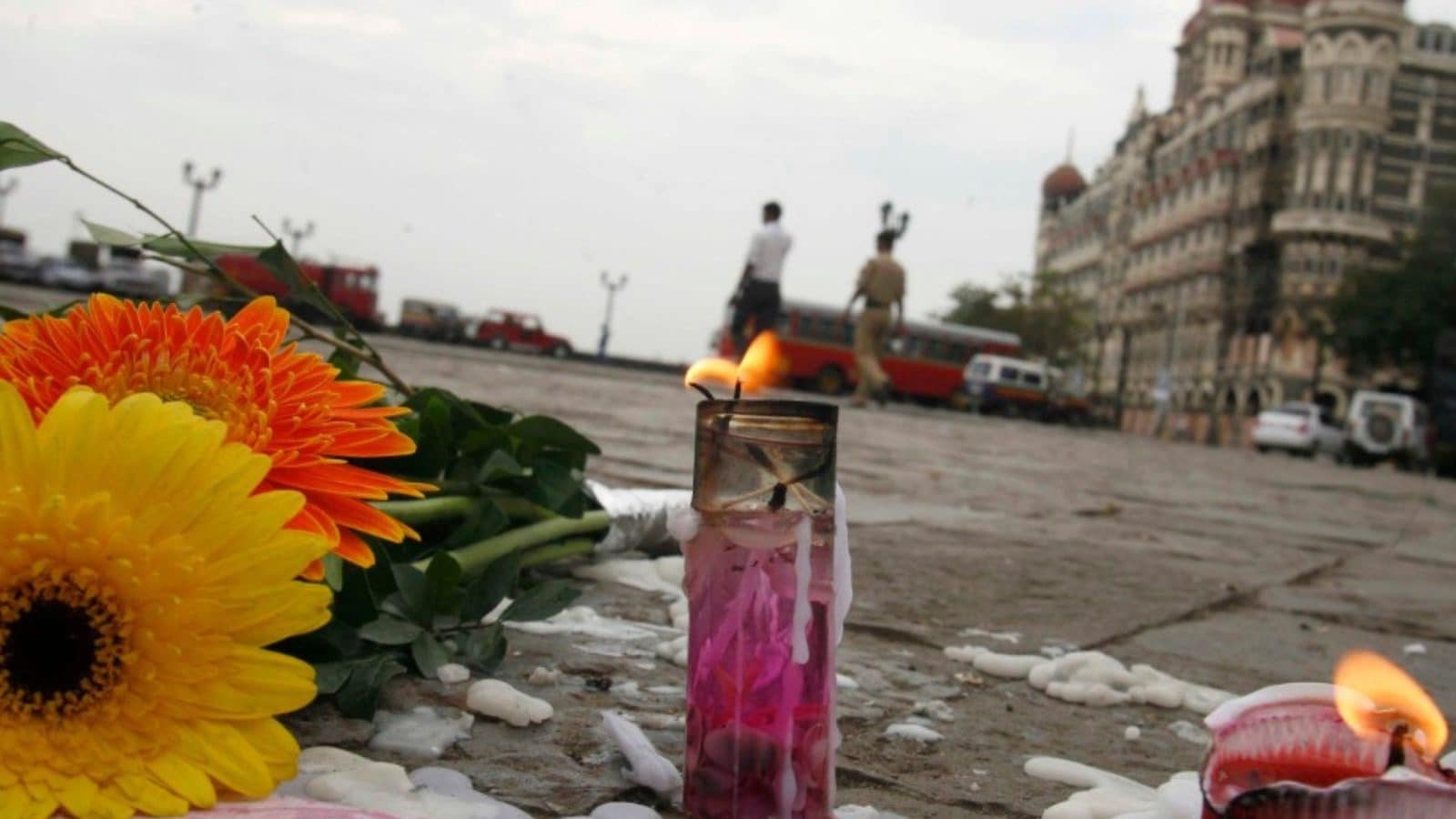 26/11 is now marked as a dark day in India’s history as a series of terrorist attacks, lasting four days, hit Mumbai in November 2008. Saturday will mark 14 years to the day 12 coordinated shootings and bombings took place in iconic locations across the city, including Chhatrapati Shivaji Terminus, Oberoi Trident and Taj Palace and Tower among others.

On the last day of the attack on November 29, 2008, the National Security Guards conducted Operation Tornado to flush out terrorists from the Taj hotel. A total of 166 people, including foreigners and security personnel, were killed in the attack while nine terrorists affiliated to Pakistan’s Lashkar-e-Taiba were gunned down and the remaining tenth – a young Ajmal Kasab – was taken into custody. He was convicted and sentenced to death, and later hanged on November 21, 2012.

Here’s a timeline of the events that took place on the fateful day and what transpired after the attacks that drew global condemnation:

November 26, 2008: A total of 10 young men, who it was later found were affiliated to LeT and “controlled” from Pakistan, arrive in Mumbai from Karachi on speedboats. They quickly spread out, with two entering the Trident, two going to the Taj, and four to Nariman House. Kasab and another terrorist, Ismail Khan, storm CSMT and start shooting randomly causing panic and death. These two then go to Cama Hospital and ambush as well as kill six police officers on their way, including Ashok Kamte, Vijay Salaskar and then head of anti-terror squad Hemant Karkare.

They hijack the jeep and drive away but are intercepted by police. Kasab is captured while Khan is killed in the firefight. Another police official dies.

On this day, images of smoke rising from Taj hotel gripped the city in terror and have been etched onto the memory of Mumbai residents and Indians across the country.

Two out of four terrorists, Abdul Rehman Bada and Abu Ali, reach the main entrance after planting a crude RDX bomb in front of a police post. They are armed with AK 47s, ammunition and grenades, and start firing at random as they make their way to the lobby area.

Two other terrorists, Shoaib and Umer, enter the hotel through another door and start shooting at guests in the poolside area. Four foreigners are shot dead, along with security guard Ravindra Kumar and his dog, a Labrador Retriever.

By midnight, Mumbai Police surrounds the hotel as guests are huddled up into small rooms. Around 1 am, the central dome of the hotel is bombed with plumes of smoke rising out of the iconic building.

November 27, 2008: The following day as army soldiers and marine commandoes surround Taj, Trident and Nariman House. There are reports of fresh rounds of gun battle, even as terrorists set fire to a room on the fourth floor of the hotel.

November 28, 2008: Commandoes finish their operations at the Trident and Nariman House.

November 29, 2008: The NSG is called in and flushes out remaining terrorists at the Taj in Operation Tornado. The attackers inside are killed in the operation. Major Sandeep Unnikrishnan was fatally shot while rescuing commando Sunil Yadav while Sergeant Gajendra Singh Bisht was killed in the Nariman House operation during a prolonged gunfight.

Wound that will never heal: Fadnavis

Maharashtra deputy chief minister Devendra Fadnavis on Friday said the 26/11 terror attack was “a wound that will never heal,” and his government was committed to ensure that such an incident never takes place again. There were intelligence inputs but the then state government could not act on it to prevent the attack, said the BJP leader who is also the state’s home minister.

“After the attack, the need for surveillance through CCTV network was stressed. From 2009 onwards, tenders were issued and cancelled but the project never took off. Only when I took over as chief minister in 2014, the project got a momentum and its first phase was completed in one year,” Fadnavis said.

Moshe Holtzberg, the Israeli child who was just two years old when he lost his parents in the serial terror attacks, has called upon the international community to look for ways to counter terror so that “nobody has to go through what he has gone through”.

‘Baby Moshe’ is the youngest survivor of the Mumbai 26/11 attacks whose pictures with his Indian nanny Sandra holding him close to her chest in the besieged Nariman House caught worldwide attention. He lost both his parents Rabbi Gabriel Holtzberg and Rivka Holztberg in the terror strike carried out by LeT.

Moshe, now 16, talked about his lucky escape in a daring act by Sandra, “who risked her own life to save his”. At the end, Moshe made a solemn appeal that the international community should take steps so that “nobody should go through what I have gone through”.

India has said its efforts to sanction perpetrators and facilitators of 26/11 had been blocked in the past for “political reasons” that enabled them to organise further cross-border assaults against the country, an apparent reference to China’s repeated moves to block New Delhi’s efforts to blacklist Pakistan-based terrorists at the UN.

India’s Permanent Representative to the UN, Ambassador Ruchira Kamboj, said terrorism continued to pose a “grave threat” to international peace and security, as ISIS and al-Qaeda affiliated and inspired groups, particularly in Asia and Africa, continue to operate and target civilians and security forces.

“Lest we forget, in November 2008, 10 terrorists entered the city of Mumbai through sea route from Pakistan, ravaging the city for 4 days, killing 166 people, including 26 foreign nationals,” she said on Wednesday in her remarks to the UN Security Council Joint Briefing by the Chairs of the 1267/1373/1540 Committees to the Security Council.

She added: “Our efforts to sanction the perpetrators and facilitators of these terror attacks were blocked in the past for political reasons. These actors continue to walk free and have been organising further cross-border attacks against my country.”