Yami Gautam’s fan names his niece after her, sports actress’ name tattoo on his arm 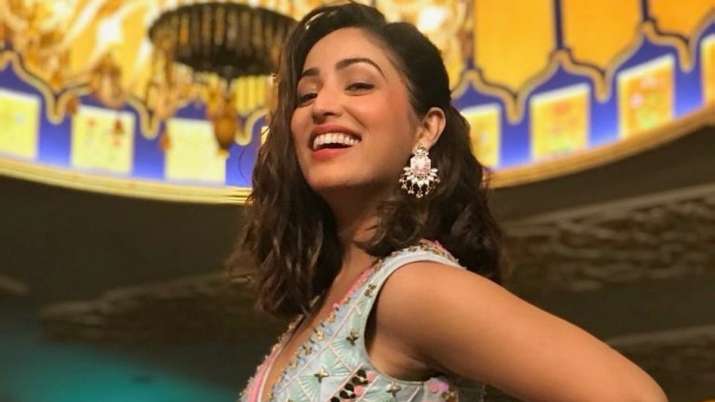 Bollywood actor Yami Gautam shared the most adorable picture on Tuesday, holding a six-month-old baby in her arms. Taking to her Instagram Story, the ‘Vicky Donor’ star posted a picture with baby Yami, the niece of the actor’s huge fan, Atul Sureka. Reportedly, Atul, a lawyer from Kolkata, has been Yami’s fan from her debut film ‘Vicky Donor’ (2012). Atul has also got Yami’s name tattooed on his arm.

“Holding the most adorable six-month-old Yami in my arms. So overwhelmed by this gesture of naming your niece after my name @Surehaatul22..Absolutely loved meeting baby Yami and your family. Blessed to have admirers and well like you. Lots of love and respect,” Yami wrote with the cute picture.

Meanwhile, on the work front, Yami has multiple films in the pipeline including ‘A Thurday’, ‘Bhoot Police’, ‘Lost’ and ‘Dasvi’. She recently wrapped up the shoot of her film ‘A Thursday.’ “It’s never a me… it’s always a WE , with the best of teams.Bidding adieu to the most beautiful team and taking some fond memories with me from the sets of #AThursday,” she wrote.

Along with the short heartfelt note, Yami posted a clip featuring her BTS moments from the sets of ‘A Thursday’.

‘A Thursday’ revolves around a playschool teacher named Naina Jaiswal (played by Yami), who takes 16 toddlers as hostages. Actors Dimple Kapadia, Neha Dhupia and Atul Kulkarni are also a part of Behzad Khambata’s directorial film. Most probably, ‘A Thursday’, which is produced by RSVP and Blue Monkey Films, will get a digital release.

Recently, she announced the film Lost which will be helmed by Pink famed filmmaker Aniruddha Roy Chowdhury. “‘Lost’ is an emotional thriller that represents a higher quest, a search for lost values of empathy and integrity,” Roy Chowdhury added.

Yami will be leading the film’s cast as a feisty crime reporter. Others in the cast include Pankaj Kapur, Rahul Khanna, Neil Bhoopalam, Pia Bajpiee and Tushar Pandey.