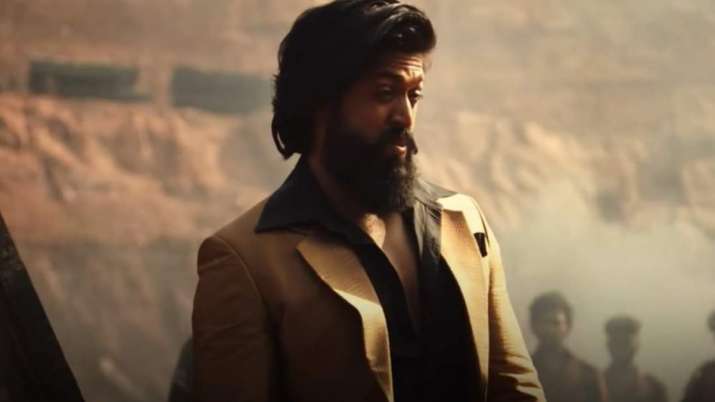 KGF Chapter 2 starring superstar Yash in the role of Rocky bhai has brought a storm at the box office ever since its release. Directed by Prashanth Neel, the movie hit the theatres this Thursday. The film is receiving praises from not just its fans but also the critics. Also featuring Bollywood actors like Sanjay Dutt and Raveena Tandon, collected over Rs 400 crore in just 3 days. This has left the movie buffs excited about the upcoming collections at the box office. Speaking about its fourth-day figures, the latest reports states that KGF: Chapter 2 has raked in Rs 552 crore in the opening weekend making its debut in the Top 2 in the global box office.

Talking about the day 4 collections, Ramesh Bala wrote, “According to @Comscore, #KGFChapter2 debuts at No.2 in the Global Box office for the Apr 15th to 17th weekend. It’s 1st weekend gross is a Whopping $72.38 Million [Rs 552 Crs] (sic).”

The film is performing well at the international box office as well. Here’s a territorial breakdown for overseas box office collection of K.G.F. Chapter 2:

Speaking about KGF: Chapter 2, it happens to be the sequel to the 2018 release KGF. The film features Yash playing the role of Rocky. Speaking about the second part, it carries forwards with the same storyline. The film also features Srinidhi Shetty, Malavika Avinash, Prakash Raj and Saran in crucial roles.