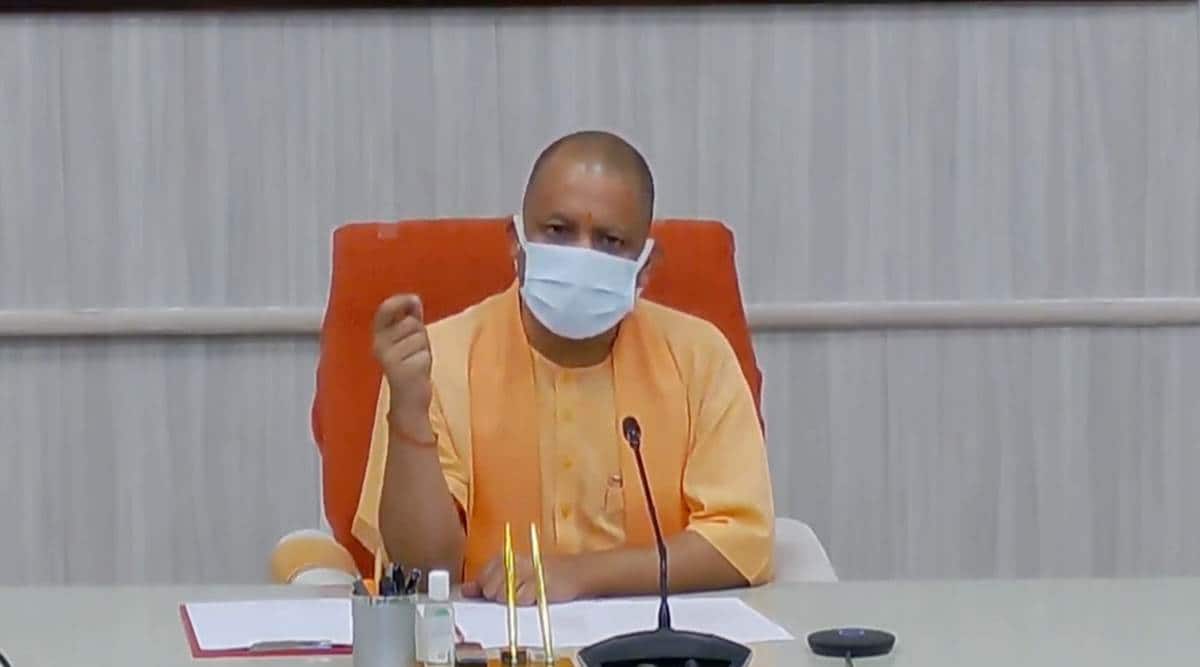 Uttar Pradesh had managed the second wave of the Covid-19 epidemic much better than the predictions of experts, ramping up testing dramatically and keeping the death rate lower than many other states, Chief Minister Yogi Adityanath said.

With Assembly elections in UP just months away, Adityanath answered a range of questions on the four and a half years of his government at an online e-Adda of The Indian Express on Wednesday.

From zero capacity, UP had gone to doing 4 lakh Covid tests every day, the Chief Minister said. â€œWe are doing the highest number of tests, and we will complete 6 crore tests (overall) soon,â€ he said. Also, â€œIf you see the death rate, UPâ€™s results are better than all big states and (many) other countries,â€ he said.

The Chief Minister accused â€œsome peopleâ€ of spreading misinformation about UP during the second wave. â€œPeople even went to the extent of saying that Covid-19 was out of control in UP,â€ he said.

â€œThey said that bodies were being thrown in the river. This, after people living along the rivers said it was part of their culture to bury bodies and do â€˜jal pravahâ€™. But no one wanted to talk about it.â€

The pandemic, he said, required the nation to be united. â€œNo one should spread negativity and confusion. But some institutions and people have tried to weaken the fight by spreading confusion and misinformation,â€ he said.

â€œThe worldâ€™s experts said that by the end of May and starting of June, the situation in UP would be very bad. Today is June 23, and only 208 Covid positive cases have been reported in the state. One of our districts, Mahoba, is free of Covid. There are 12 districts which had zero positive cases and 52 districts have only reported cases in single digitsâ€¦ It was being predicted that by May-end and June, there will be 3.5 lakh active cases in UP. The same state has 3,666 active cases.â€

Asked if the government dropped the ball during the second wave, and what lessons had been learnt for the future, the CM said: â€œWe must accept that we are facing a pandemicâ€¦ If you see the number of deaths in the country, UP is very low. Secondly, during a pandemic, resources always fall short. In the second wave, the spread was faster, andâ€¦panic was spread. Those who did not require oxygen and other resources booked it in advance and hoarded resourcesâ€¦â€

Asked if holding the Kumbh Mela (in Haridwar) had been irresponsible, Adityanath said: â€œIt was also said that the (UP) panchayat elections were responsible for spread of Covidâ€¦ Were there elections in Maharashtra and Delhi (which saw major surges of infection)? Was there Kumbh in these states?

â€œWe will have to understand the variant, that the spread was faster this time. We will prepare people to be cautious. If we start playing with faith and targeting constitutional bodies, it will be wrong and it will be injustice.â€

At the e-Adda, which was moderated by The Indian Express Group Executive Director Anant Goenka and The Indian Express Political Editor and Chief of National Bureau Ravish Tiwari, the Chief Minister also addressed questions over the cases of so-called â€œlove jihadâ€, and the use of the National Security Act (NSA) and charges of sedition against common citizens and journalists.

Adityanath claimed that none of the governmentâ€™s actions were driven by prejudice, and that it was the responsibility of the state to provide security to every citizen. As a result of timely action by the administration, the state has not seen any communal riots, the Chief Minister said.

â€œDuring the Samajwadi Party regime, there were over 300 riots in the state. In more than four years of our government, there has not been a single riot. Uttar Pradesh is one of the safest states now, and its law and order is an example to others,â€ he said.

Charges of sedition or the NSA had been brought only against people who knowingly took the law in their hands and made an attempt to create mismanagement and anarchy in the state, and hijack the system, Adityanath said.

â€œNone of the cases were inspired by prejudiceâ€¦ We all know what kinds of plans were being hatched during the anti-CAA protests. The government has the responsibility to provide security to every citizenâ€¦ We do not have any such intention (of charging journalists), but if someone wants to disturb the environment by making two communities fight, it is our responsibility to control that in time and bring out the truth before the people.â€

The so-called â€œlove jihadâ€ law was brought after around 100 cases of illegal religious conversions were identified, and teams were formed to understand the motivation and funding of the accused, Adityanath said. He also claimed that the law was not targeted at any particular community.

â€œThe Kerala High Court talked about love jihad back in 2009 and said that love jihad is part of a conspiracy to turn a state like Kerala into an Islamic state. Later the Karnataka High Court gave an order in this regard. In UP, we have provided all facts and documents to the court showing the kind of conspiracies that are taking place. Can we forget the incident of Meerut in which one Abdullah presented himself as Amit and married a Hindu woman? He took her property, and killed her and her daughterâ€¦,â€ the Chief Minister said.

Adityanath said his government had worked for every section of society, including farmers, youths, women, and labourers. â€œFor farmers we started a loan waiver programmeâ€¦ Procurement has increased significantly, and that too directly from the farmers and not middlemenâ€¦ More than 4 lakh youths have been provided government jobs in a transparent manner,â€ he said.

All of this, he said, would help the BJP return to power with a large majority. â€œYou should not worry. We will meet again after the elections. I tell you that the BJP will win more than 300 seats in Uttar Pradesh. There should be no doubt in that,â€ the Chief Minister said.