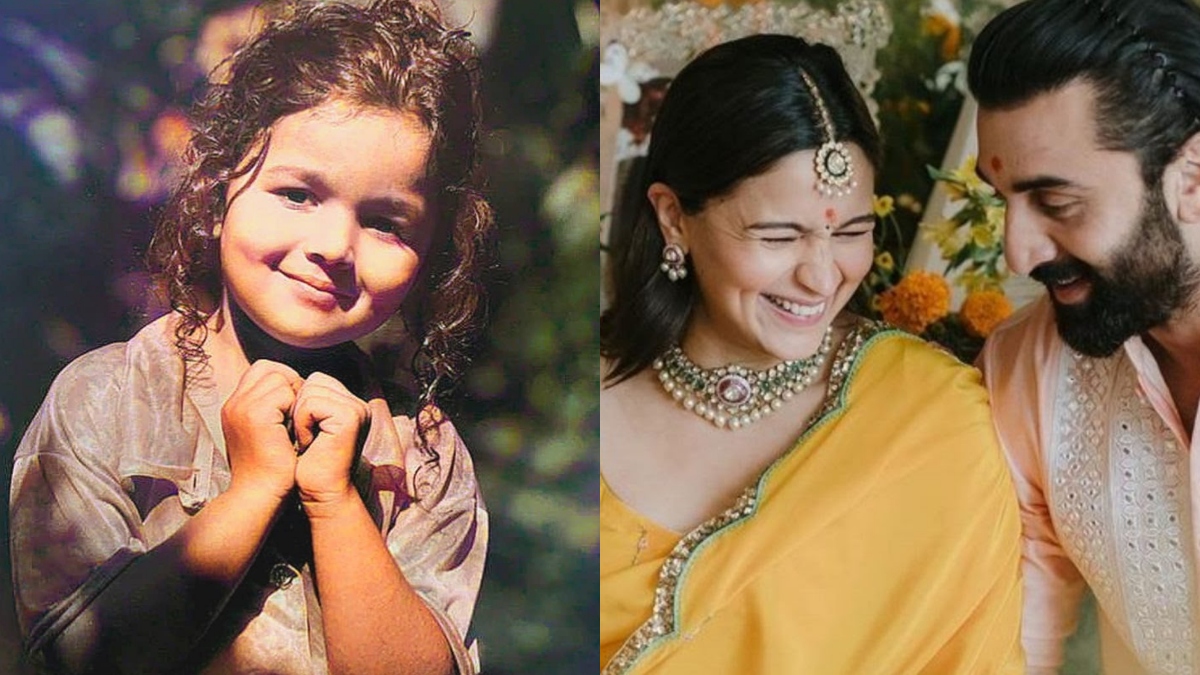 Alia Bhatt and Ranbir Kapoor welcomed their first child on 6th November. The much adorable couple of the tinsel town is blessed with a baby girl. Fans and celebrities couldn’t stop themselves from congratulating the couple for welcoming the bundle of joy into their lives. While social media is flooded with wishes and love for the new parents and the family, a throwback video of Alia from her childhood days has also surfaced online. In the short video, little Alia can be seen playing with her father Mahesh Bhatt as mumma Soni Razdan records the video. The baby Alia can also be heard saying ‘mumma’ in the most adorable way.

Fans have even started comparing Alia Bhatt’s childhood photos and are seen very curious about how her daughter will look like. After the news was confirmed by the actress herself, the internet has filled with a throwback photo of young Alia and fans have flooded the comment section with their curious questions. One of the users wrote, “Baby Aliaa itani cute hai to Ranbir-Aliaa ki ladali kitani cute hogi socho (If Alia is this cute, imagine how cute her and Ranbir’s daughter will be).” Another social media user shared, “So cute choti alia”.

Alia Bhatt and Ranbir Kapoor welcomed their daughter at 12:05 PM on Sunday, as confirmed by their PR team. The actress is currently admitted to Mumbai’s HN Reliance Hospital. Alia and Ranbir’s respective mothers Soni Razdan and Neetu Kapoor are also at the hospital. Meanwhile, soon after the delivery, Alia took to her official Instagram handle and called her little princess ‘magical’. “And in the best news of our lives… Our baby is here, and what a magical girl she is. We are officially bursting with love – blessed and obsessed parents!!! Love love love – Alia and Ranbir,” the joint statement issued by the couple read.

Alia Bhatt and Ranbir Kapoor tied the knot in April this year. Later, the actress left everyone surprised as she announced her pregnancy on social media by dropping an adorable picture from her sonography session that featured Ranbir Kapoor too. “Our baby coming soon,” she wrote in the caption.