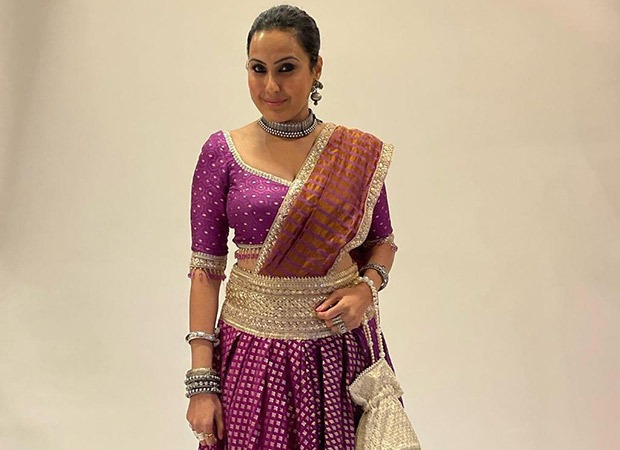 Zee Network and Rashmi Sharma Telefilms came together to present viewers with the fiction offering – Sanjog, a mature family drama that showcased the intricacies of a mother-daughter relationship. The show revolved around two different mothers – Amrita and Gauri, and their respective daughters. While Shefali Sharma played the sophisticated and kindhearted Amrita, who is constantly dealing with her daughter Tara’s selfish and mean behaviour whereas Kamya Punjabi played Gauri, a materialistic mother who is fiercely independent and ambitious and takes care of her family in her own unique way. Now we hear that the show is coming to an end.

Although there were quite rumours, it seems that a recent video posted by leading lady Kamya Punjabi has confirmed the news. The actress shared a video of her hugging her two onscreen daughters and showcasing her emotional side. In fact, she even captioned this video saying, “Goodbyes are always difficult, this one was a little more than that…. ??”

Earlier Kamya Punjabi had spoken about her returning to the Zee family and had expressed her excitement about joining the show saying, “Coming back to Zee TV is like a homecoming to me, I have always been a part of the Zee Kutumb and it is a family to me now. I’m very excited for to play Gauri, as an actor I feel some characters are just meant for you, and this one is giving me the same feeling. My look in the show is very different from what I have played before on-screen, and I can’t wait for the audience to watch the show and shower the love and support they always have.”

The show also featured Rajniesh Duggall and Rajat Dahiya as leading men whereas Hetvi Sharma and Hazel Shah played the role of their daughters. The show was launched in August 2022 and now five months later, it is replaced by yet another show titled Rabb Se Hai Dua featuring Aditi Sharma, Karanvir Sharma and Richa Rathore in lead roles.