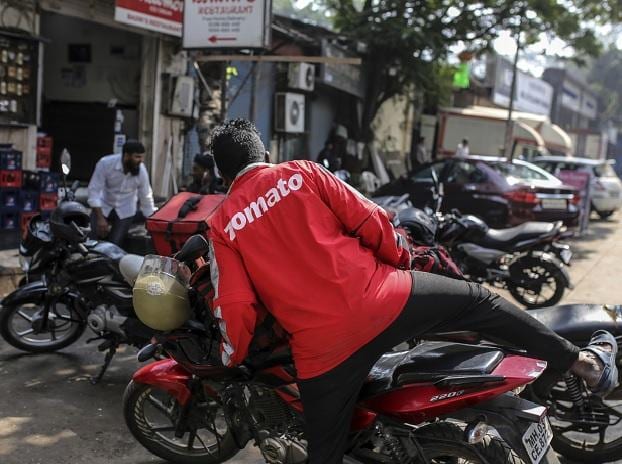 Shares of Zomato moved higher by nearly 3 per cent to Rs 66.90 on the National Stock Exchange (NSE) in Thursday’s intra-day trade. In the past two days, the stock of the food delivery firm has rallied 5 per cent after Alibaba-led Alipay Singapore Holding, on Wednesday, sold 262.9 million shares, or 3.07 per cent stake of the company. The shares were sold at Rs 62 apiece

Alipay mopped up a total of Rs 1,631 crore from the sale in which Camas Investments bought 98 million shares, worth Rs 608 crore, via block deals on the NSE, the exchange data shows.


Prior to the stake sale, Alipay held 6.7 per cent stake in Zomato while affiliate firm Antfin held another 6.6 per cent share in the foodtech giant.


In the past six months, the stock has underperformed the market by falling 10 per cent as compared to 14 per cent rally in the S&P BSE Sensex. Moreover, in the past one year, it has more-than-halved by falling 56 per cent, as against 10 per cent rise in the benchmark index.


Zomato, with its large strong footprint across 23 countries, is well placed to benefit from the immense potential in the food delivery industry, analysts believe.


“The business is not losing cash anymore. Adj. Ebitda broke-even in food business. At the company level, the goal is to break-even in Q4FY23, or by Q2FY24. Blinkit integration post acquisition went well and it has not lost any market share in the last quarter,” according to Motilal Oswal Financial Services (MOFSL).


According to the brokerage’s technical analyst, stock is holding its major support zone of its weekly averages, and is sustaining well above them which is indicating strength. Momentum is building up in a rising channel which adds support to the stock for up move. The brokerage firm has a ‘buy’ rating on Zomato with a target price of Rs 86, and a stop loss of Rs 56.


Zomato’s market share gain, in what has been a tight and duopolistic market, is a positive. According to media reports, Amazon has shut its Indian food delivery business, following global cost-cutting measures. Though Amazon did not have a significant market share, this consolidation is positive for incumbents, said Kotak Institutional Equities.


“According to our analysis, Zomato seems to have captured incremental market share against Swiggy. In H1CY22, the food delivery GMV share stood at 54:46 for the two companies. However, Swiggy’s take-rates appear much higher—much of the differential is potentially due to differences in revenue accounting,” the brokerage firm said in its company report. It said it remains positive on Zomato with an FV of Rs 100.