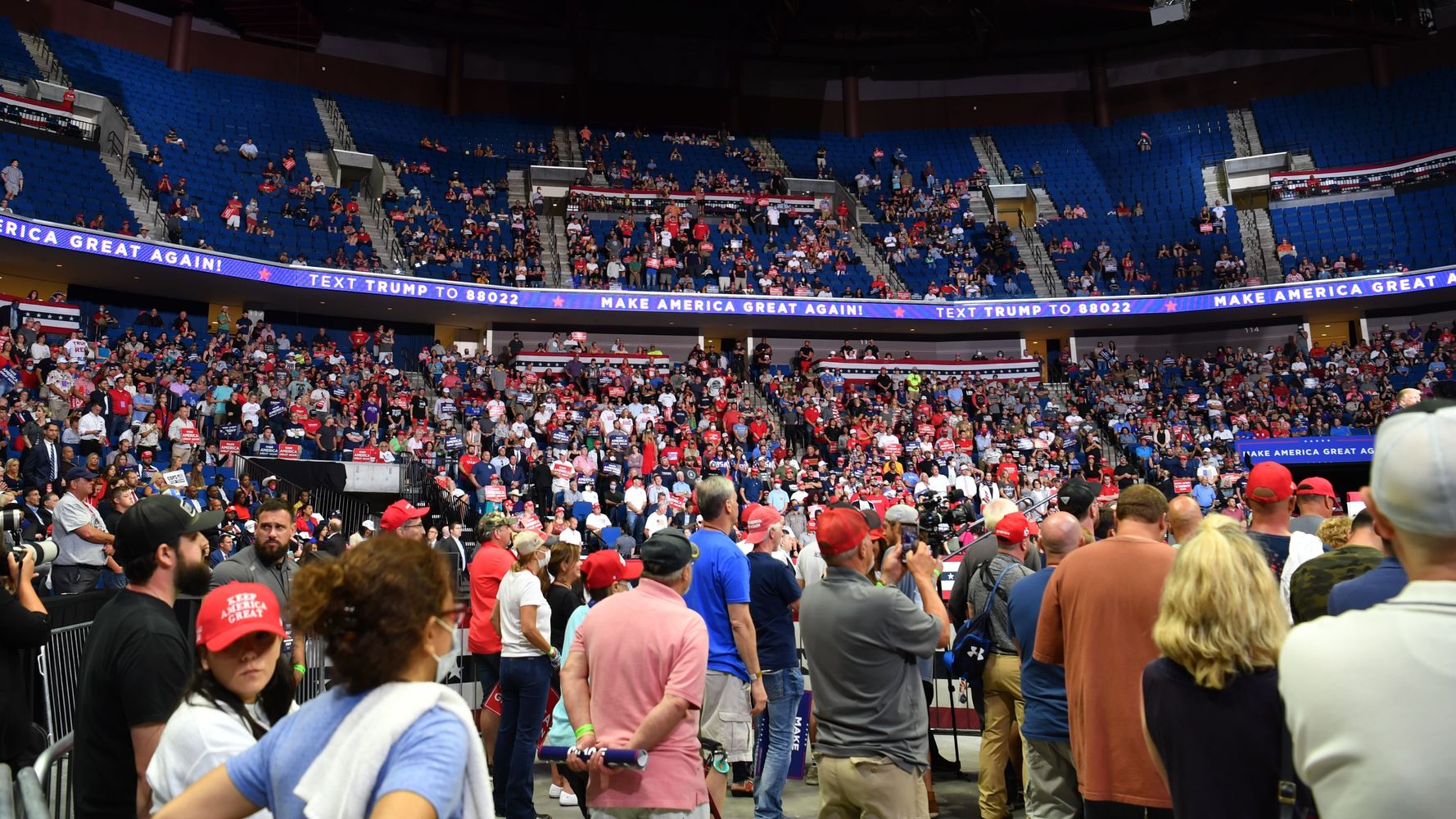 Members ofÂ Generation ZÂ are claiming on social media that the â€œZoomersâ€ are at least partially responsible for a number of empty seats at President Donald Trumpâ€™s campaign rally in Tulsa, Oklahoma,Â on Saturday night.

As part of a campaign organized on social media, they reserved masses of tickets to the rally that they had no intention of using.

The rally-busting movement involved young TikTok users and K-Pop fans around the nation, according to the prank participants who posted their (unused) ticket confirmations or commented (and celebrated) online after the rally.

Political strategist Steve Schmidt boasted on Twitter that his daughter and her friends in Park City, Utah, signed up for â€œhundredsâ€ of free tickets to the rally they had absolutely no intention of attending. â€œYou have been rolled by Americaâ€™s teens,â€ Schmidt mocked Trumpâ€™s campaign manager Brad Parscale in a tweet.Â

My 16 year old daughter and her friends in Park City Utah have hundreds of tickets. You have been rolled by Americaâ€™s teens. @realDonaldTrump you have been failed by your team. You have been deserted by your faithful. No one likes to root for the losing team. @ProjectLincoln https://t.co/VM5elZ57Qp

This is what happened tonight. Iâ€™m dead serious when I say this. The teens of America have struck a savage blow against @realDonaldTrump. All across America teens ordered tickets to this event. The fools on the campaign bragged about a million tickets. lol. @ProjectLincoln.

Others responded to Schmidtâ€™s tweets, saying they or their kids had also made fake ticket reservations.

Omg my 13 year old told me about teens getting tickets to keep the stands empty. Man do I love this generation! I am finally getting optimistic about our future.

My 3 cats each have tickets 👍🏻

The movement appears to have been launched by Mary Jo Laupp, a 51-year-old teacher from Iowa, who had worked on Pete Buttigiegâ€™s campaign, CNN reported. She explained her idea in a TikTok video that had 700,000 likes by late Saturday.Â

Did you know you can make sure there are empty seats at Trumpâ€™s rally? ##BLM.

On Saturday night, Rep. Alexandria Ocasio-Cortez (D-N.Y.) tweeted at Parscale, saying he got â€œROCKED by teens on TikTok who flooded the Trump campaignâ€ with fake reservations. The congresswoman also hailed â€œK-Pop allies,â€ saying:Â â€œWe see and appreciate your contributions in the fight for justice, too.â€

She added a â€œshout out to Zoomers. Yâ€™all make me so proud.â€Â

Shout out to Zoomers. Yâ€™all make me so proud. ☺️ https://t.co/jGrp5bSZ9T

KPop allies, we see and appreciate your contributions in the fight for justice too 😌

Trumpâ€™s campaign had heard of the plot, but may have misjudged its reach.Â Erin Perrine, principle deputy communications director for the Trump campaign, told CNNÂ last week it was no big concern.

â€œLeftists do this all the time,â€ she said. â€œThey think if they sign up for tickets that will leave empty seats. Not the case at all. Always way more ticket requests than seats available at a rally. All they are doing is giving us access to their contact information.â€

Usually, tickets arenâ€™t required for campaign rallies, the campaign told CNN. But the situation was different for the Tulsa event, because reservations included a legal disclaimer that participants wouldnâ€™t sue Trump or the campaign if they contracted COVID-19 at the rally. And without a reservation, there would be no legal waiver for attendees to agree to beforehand.

When videos from the event showed huge swathes of empty blue seats at the BOK Center where Trump spoke, which holds 19,000 people, TikTok users were thrilled.

â€œWhat did you guys do?â€ a stunned Laupp asked in a video Saturday after seeing the empty seats. â€œLike, seriously? Are you kidding me right now?â€