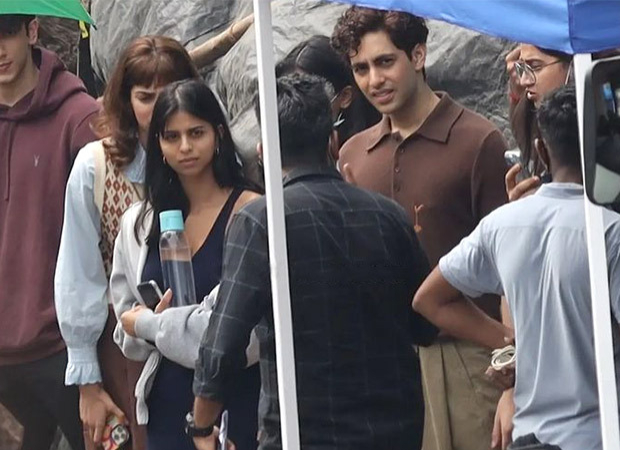 Back in August 2021, it was rumoured that Zoya Akhtar is planning to launch Suhana Khan, Khushi Kapoor, and Agastya Nanda in the industry with Archie comics Indian adaptation. The news was confirmed in November 2021 by Netflix but only the adaptation part and not about the cast. Netflix, in collaboration with Archie comics, will bring a coming-of-age story that will introduce the teenagers of Riverdale to a new generation in India. It is a live-action musical set in 1960s India, the film will be directed by Zoya Akhtar.

The shoot for the same began in Mumbai earlier in March 2022. Khushi Kapoor, who plays Betty Cooper, was seen in a plaid sweater vest over a shirt and a mini skirt donning brunette hair with bangs whereas Suhana Khan, who will essay Veronica Lodge, was dressed in casuals. Agastya Nanda aka Archie Andrews, was donning a t-shirt with pants and with brown-reddish hair. Now, the shoot will move to Ooty. According to a publication, the principal cast and core members of the team kicked off the schedule in Ooty last week. It will be a 40-day schedule after which an extensive schedule will begin in Mumbai in June.

Earlier, talking about this collaboration, director Zoya Akhtar said, â€œI am super excited to have the chance to bring The Archies to life. It was a large part of my childhood and teenage years. The characters are iconic and globally loved, which is also why I am a little nervous. I have to make sure the film stokes the nostalgia of a generation that grew up on the comic and yet resonates with the young adults today.â€

The Archies, a feature film adaptation of the comics will be produced by Tiger Baby (Zoya Akhtar and Reema Kagti) and Graphic India (Sharad Devarajan) and will premiere exclusively on Netflix.